Happy Beltane to those who celebrate it!

Today I’m going to slip back into the old routine and have a little chat about Paganism. 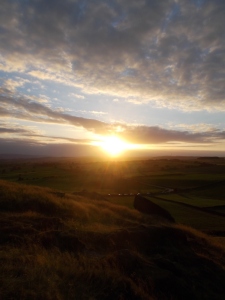 Recently someone who I went to school with got in touch with me to ask about Paganism. We never really spoke to each other in school, so it was a bit of a shock when he popped up in my inbox. I’ll admit that I was a bit hostile at first as I associated him with the crowd who used to bully me and so suspected an ulterior motive.

Talking to him about Paganism made me think about a lot of things, it was an interesting experience but I also found it very frustrating!

It seemed a lot like he couldn’t grasp the attitude that I had towards my faith. He asked me how you could ‘qualify’ as a Druid, what benefits that qualification would give you, how long you had to study for. My answers of ‘it depends’, ‘none’ and ‘a lifetime’ seemed to fly straight over his head.

He asked me why I decided to become Pagan… I mean, how was I supposed to answer that?! I didn’t ‘decide’ to become Pagan. I’ve always had the beliefs that I have now, but when I was eleven I heard about Paganism and realised that it described my beliefs. From then on I referred to myself as a Pagan. I didn’t wake up one morning and decide to start believing in the Gods.

Yes, to some extent I decided to start actively practising my faith using ritual and meditation etc, but he didn’t seem to understand that when I explained it to him.

I tried very hard to be patient and understanding, he’ll go one way or the other with his quest for spiritual self-knowledge. He’ll either gradually understand what I’ve been trying to explain to him, or he won’t. I’m sure that I asked questions like he asked me I was first starting out. Some of the bigger concepts of faith come only with age and wisdom.

I don’t refer to myself as a ‘Druid’ because I don’t feel that I’ve earned that title. It’s a personal choice and maybe one day I’ll feel ready to use that term… but not now.

Faith, especially Paganism, is not about exams or titles. It’s about wisdom and life; I will never stop learning and growing, even when I’m an old woman I still want to be learning new things. My Pagan path doesn’t end when I pass some exam, or do a course. It goes on and on, even past my physical death.

I want to dedicate the rest of my life to learning about the Gods and my faith. Every day I grow older and wiser, life experience gives me intellectual and spiritual riches that can’t be rushed. In the modern world everything has a time limit, everything has to be obviously beneficial; we are shocked that the Druids used to take up to twenty years to train their pupils.

The way I see my faith is that I will never stop training or being a pupil… and I don’t want to. The moment I think I know everything is the moment I have nothing left to fight for.

I really enjoyed talking to someone about my faith, it made me see how much I’ve matured in the last nine years (yeah, it’s been nine years since I started calling myself a Pagan; isn’t that scary?) and how I can understand my faith on a deeper level than I could have ever imagined.

Time and life experience are invaluable; I gave the guy that I was talking to as much help as I could, but now it’s down to him to make mistakes and learn the hard lessons. 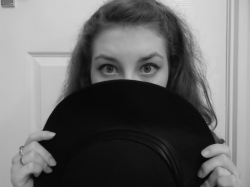